Affiliate link notice: We may receive compensation through BetterHelp or other vendors if you make a purchase using the links provided on this page. Learn more.

Note: The following post discusses the overuse of prescription drugs in America. Consult with your doctor before you make any changes to your medications.

Our nation has a drug problem.  But it might not be the one you’re thinking of.

The opioid epidemic is well-documented at this point and virtually everyone is aware that people have been dying in droves from illicit Heroin and Fentanyl use. It’s also been proven that a major catalyst to this explosion was the overprescribing of pharmaceutical opiates, namely Oxycontin. [1]

But what is often overlooked is that this is symptomatic of a larger problem.

Are Prescription Drugs in America Overprescribed?

Prescription drugs in America are consumed in obscene quantities. Many of the patients who check into treatment for substance abuse now have a variety of prescription medications to manage, from anti-psychotics to SSRI’s and anti-anxiety drugs.

And if they don’t have them when they come in, they usually will by the time they leave.

We’re seeing more drugs because we’re seeing more “illness”.  You’d think that with the advent of new medications designed to treat a variety of ailments, there’d be a reduction in ailments.  That’s logical.  Any effective drug should improve the condition it’s being taken for.

When examining national trends though, there’s a startling contrast. As more medications are prescribed, we see an increase in health-related issues and expenses as well as the subsequent increase in the consumption of prescription drugs in America. [2] This is fundamentally illogical. No one implication can be deduced from this comparison.

It could be that some medications are ineffective or are being prescribed incorrectly.  Perhaps as diagnosis and discovery improve with technology, “more illness” is a natural consequence, as we find things we didn’t know existed.  We trust that these wouldn’t be purely invented conditions.

Or, perhaps Americans are being persuaded into thinking they need drugs and are being sold them at an alarming rate, often to the profit of others.

Before jumping to conclusions, let’s first note that as the population increases, there should be a small but measurable increase in cases of illness and need for treatment. But, let’s examine a startling factor: In 2000, the USA was responsible for over 50% of the world’s consumption of pharmaceutical drugs. [3]

By contrast, the USA comprises roughly 4% of the world’s population. That’s a major disparity.

Why are Prescription Drugs in America Overprescribed?

So, why are we collectively gobbling up pills like they’re food?  Well, for starters, pharmaceutical companies want us to.  It’s a massive industry.  This claim gets thrown around a lot and starts to lose meaning.  But it’s very true and should be examined.

For starters, in all countries except two, it’s illegal for drug manufacturers to advertise directly to consumers.  And the two countries that have constructed laws that allow it?  The USA and New Zealand.  The ads we see on TV depicting our world brightening when we take a pill is strategically designed to influence people to buy that specific medication.

Pharmaceutical companies spend billions annually on these, and for good reason. The average American watches as many as 9 drug ads per day, totaling 16 hours per year, far more time than they spend with their physician. [4]

But how can that work? In order to purchase the drug, you need a prescription.

While one should expect physicians not to conform to this and prescribe something just because their patient saw it on TV, there’s nothing to stop that patient from simply finding another doctor who will.

Or, manifesting the complaints that were shown on the drug ad either subconsciously or because they’ve performed their own self-diagnosis and now believe they have that condition. This results in misdiagnosis and doctors feeling pressure to fit this model or lose all their clientele.

One might argue that we consume more drugs because poorer countries can’t afford the medical advances we have.  This may be the case with third-world countries.  But Canada and many European countries offer universal healthcare which covers most if not all of the prescription costs, yet don’t put up numbers even close to costs of prescription drugs in America.

Free or expensive, we just want drugs.  Of course, we prefer free.  Our countries’ attempts to make healthcare more affordable with the introduction of Medicaid has only exaggerated our bad habits.

A recent report written by the US Senate shows clearly how the Medicaid system is being corrupted by criminals, patients, and even doctors to make money off the affordability it provides for prescriptions. [5]  Low-income patients who qualify for Medicaid are often paid by others to obtain and fill prescriptions.  Since Medicaid covers most, if not all the costs, the medications are then sold illegally for a huge profit.

We’re shooting ourselves in the foot to get more drugs. Well, almost. One podiatrist was found guilty of mutilating his patient’s feet so that he could bill their Medicaid for unnecessary procedures, and they could get free opiates. [6] Win-win for them, lose-lose for the taxpayer.

What Prescription Drugs in America Are Most Commonly Overprescribed?

So, what are we consuming? And what prescription drugs in America are overprescribed? Well, opiates for sure, with Vicodin being the single-most prescribed drug in 2018. [7]

But, when examined by drug-class instead, anti-depressants are the second most prescribed type of drug in the United States, just after cholesterol-lowering drugs. [8] And, recent research has cast serious doubt over the popular belief that cholesterol causes cardiovascular problems and a shortened life span. [9]

In short, we’re mostly taking drugs we probably don’t need, drugs to handle our emotional and mental state, and a whole lot of Vicodin.

So, do Americans just have more sadness and pain than everyone else?  Perhaps.  But rather than acknowledge our feelings and move on, or finding alternative methods for treatment, we look for the quick fix.  We believe in popping pills.

When we look at where all the antidepressant prescription drugs in America are coming from, we find that nearly four out of five of them are written by physicians, rather than practitioners with specific training in mental health. [10] People are mostly going to their primary care doctor for them. After all, who needs therapy when we think we know the mechanism behind depression and other mental health issues. Chemical imbalance, right?

It’s been ingrained in our culture since the advent of psychotropic drugs as the reason why we’re not feeling well, and why such drugs work; they correct an imbalance or deficiency of chemicals, or neurotransmitters, hormones, etc. that exists in our brain.  But did you know that this is a completely unproven theory?

Research has never found that people diagnosed with depression have abnormally low levels of serotonin. It was and remains since the 1960s, a hypothesized guess. [11] So why are SSRI’s still prescribed by the truckload as the fix? Great question. One may look to science for this answer but won’t find more than the same old, carefully worded guesses.

RELATED:  How To Prepare For An Intervention That Will Actually Work

Perhaps the clearest statement made on the issue comes from the Surgeon General’s report on mental health in 1999, acknowledging the lack of understanding. It states that the causes of mental disorders “remain unknown”. [12]

Furthering the issue, are a vast number of studies that show how rather than restore balance, the primary mechanism of psychotropic drugs is to create an imbalance or disturbance of brain function. [13] Much like a pathogen, they disrupt function and even alter brain structure, causing cerebral cortex atrophy and basal ganglia enlargement.

What Are The Consequences of Taking Too Many Prescription Drugs?

MRI images of a brain on psychotropic drugs look like a diseased brain.  These studies all draw the same conclusion; the medications make people chronically ill.

When comparing groups of people given drugs versus those given no drugs, the drug group always showed a higher rate of relapse into mental health issues post-treatment.  A worsening.  And in placebo studies, antidepressants perform no better than the placebo. [14]

We’re seeing astonishing increases in mental illness, and it’s clearly being caused by prescribing the medications designed to treat it.  This is a trend that eerily mirrors the rise of our national opioid epidemic.

Even in the field of drug addiction, drugs are viewed as the answer and mental health problems as the cause.  Dual diagnosis is a newer term coined to describe the co-occurrence of mental health and substance use disorders.  More and more treatment centers for substance abuse exist that embrace the concept that mental health disorders are usually present where addiction is.

In fact, it’s basically become the rule rather than the exception. [15]  This may make sense given that addiction is now viewed as a disorder or disease.  But this has led to treatment that isn’t seen as complete unless it embraces and addresses the mental health component, often by use of…you guessed it.  More drugs.

So, we have several factors intertwined that all speak to the same problem.  The modern narrative would have one believe that many people have, for unknown reasons, mental problems and often don’t even know it.

“Feeling down?”  Well…sure.  “You don’t have to.  Take ________ “.   The person is told it’s not okay to feel this way and through advertisements and cultural norms is made to believe that it can and should be corrected, and this is of course accomplished with drugs that we really don’t understand how, why, or if they work.

The drug is either pushed on them, or they now seek it out by going to their doctor and asking for it.  The drug induces an altered state or at best a placebo effect, but chronically worsens the person both physically and mentally.  They relapse, but don’t correlate it to the drugs they’re told are helping them.

They grasp for why and receive another diagnosis.  Relief, because now there’s an answer… and a new drug for that, too.

Perhaps the simple issue with American health is too many prescription drugs in America.  Whether we’re examining the opioid crisis or the alarming increase in mental health problems, we’re basically looking at the same thing.

Substance dependence is, after all, considered a mental health disorder.  If what we’re doing was working, things would be getting better.  If the drugs were helping, we’d see a downtrend in disorders and diagnoses and fewer pills being needed to treat them.  We’d cease to be the world’s leading consumer of drugs.

Instead, we’re seeing the opposite.  When people bring up America’s drug epidemic, maybe we’re thinking about the wrong one.  We do have a drug problem, but it isn’t just Heroin. 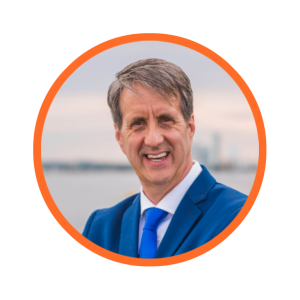 Marcel Gemme has been helping people struggling with substance abuse for over 20 years. He first started as an intake counselor for a drug rehabilitation center in 2000. During his 5 years as an intake counselor, he helped many people get the treatment they needed. He also dealt with the families and friends of those people; he saw first-hand how much strain addiction puts on a family and how it can tear relationships apart. With drug and alcohol problems constantly on the rise in the United States, he decided to use the Internet as a way to educate. Through his website,
Addicted.org, and community outreach he has been able to help many more people.

Busted: How To Tell If Your Partner Is Lying About Cheating

What You Should Know About Medication-Assisted Treatment

What Does Drug Abuse And Addiction Do To Your Brain?