The past few years have seen an immense surge in the popularity of consuming cannabinoids. There are over 200 chemicals produced by both cannabis and hemp (a non-psychoactive variety of cannabis) and some of them are thought to have medicinal properties.

Two of the most well-researched and most widely consumed cannabinoids are THC and CBD.

THC (delta-9 tetrahydrocannabinol) is the cannabinoid responsible for cannabis’ infamous high while CBD (cannabidiol) has gained acclaim for its alleged beneficial properties, without producing any psychoactive effects.

One of the studied beneficial properties of CBD is its anxiolytic effect. In other words, how well it helps reduce anxiety.

According to a 2019 poll by Gallup, 20% of Americans use CBD to alleviate anxiety, and they seemed satisfied with the results.

But does cannabidiol actually relieve anxiety or is it just a placebo effect? Let’s look at what the science says.

The endocannabinoid system is related to regulation of a range of functions such as sleep, mood, appetite, memory, reproduction, and fertility, which contribute to the homeostasis or internal balance of the body.

In the case of anxiety, CBD is thought to interact with CB1 receptors, serotonin receptors, and the amygdala-hippocampal-cortico-striatal circuits in the brain.

Also referred to as a ‘feel-good neurotransmitter,’ serotonin has a very wide-ranging impact on the body. In the brain, it is thought to regulate anxiety, happiness, and mood, with low levels of the neurotransmitter being associated with depression and in some cases, anxiety.

Free Shipping On All Orders Within The US!

What Does the Research Say?

Most experts concur that when it comes to CBD, THC, and cannabis in general, the hype has far outpaced the science.

However, while preliminary research has found that CBD does have an anti-anxiety effect, the consensus is that more research and clinical trials are needed before it can be used as medication.

In 2018, scientists at Washington State University published a study in the Journal of Affective Disorders which stated that smoking cannabis could significantly reduce self-reported levels of anxiety, stress, and depression.

All in all, the study participants reported a 50% reduction in depression and a 58% reduction in anxiety. The researchers also concluded that using cannabis to combat depression in the long term could exacerbate the condition.

Preliminary research has found CBD to be effective at reducing anxiety in rats.

According to the National Institute on Drug Abuse (NIDA), “CBD has shown therapeutic efficacy in a range of animal models of anxiety and stress, reducing both behavioral and psychological and physiological (e.g., heart rate) measures of stress and anxiety.”

The subjects exhibited reduced symptoms of anxiety such as increased heart rate, tense muscles, and insomnia.

RELATED:  How To Start a Mental Health Blog in 2022: A Simple (But Complete) Guide For Beginners

NIDA reports that CBD’s anxiety-reducing effects “appear to be mediated by alterations in serotonin receptor 1a signaling, although the precise mechanism remains to be elucidated and more research is needed.”

A double-blind study carried out in 2019 at the Primate Research Institute at Kyoto University in Japan indicated that CBD could be a useful option in treating social anxiety.

Led by Professor Nobuo Masataka, the study recruited thirty-eight 18-19-year-old Japanese teens with SAD and avoidant personality disorder. Without knowing which, the teenage participants received either cannabis oil containing 300mg of CBD or a placebo daily for 4 weeks.

The Fear of Negative Evaluation Questionnaire and the Liebowitz Social Anxiety Scale were used to measure SAD symptoms at the beginning and at the end of the study, and the teenage participants were followed up for 6 months after their treatment for brief health checks.

The researchers concluded that CBD significantly reduced social anxiety compared to the teenagers who were given a placebo. While quite pleased with the results of the study, Professor Masataka recommends further clinical trials.

A 2018 Brazilian review sought to highlight whether CBD could alleviate the symptoms of PTSD by assessing the evidence from preliminary research to human experimental studies.

The review characterizes PTSD as a poor adaptation to a traumatic experience, and it states that preliminary studies using rodents have shown that CBD can “both facilitate the extinction of averse memories and block their consolidation.”

“Indeed, as observed in rodents, recent studies confirmed the ability of CBD to alter important aspects of aversive memories in humans and promote significant improvements in the symptomatology of PTSD.”

A 2019 study published online in the Journal of Alternative and Complementary Medicine examined the effect of oral CBD consumption on symptoms of PTSD in 11 adults.

Over the course of 8 weeks, the participants received CBD on an open-label, flexible dosing regimen as well as routine psychiatric care.

At the end of the study, 91% of the participants experienced a decrease in PTSD symptom severity, and the researchers concluded that “administration of oral CBD in addition to routine psychiatric care was associated with PTSD symptom reduction in adults with PTSD.”

Although most of the preliminary research has provided encouraging results regarding CBD’s anti-anxiety effects, the consensus among most researchers is that we need more human trials.

In fact, most of the commercially sold CBD products barely have enough CBD to create the effects seen in preliminary human and animal studies, not to mention the fact that plenty of CBD products have been found to be contaminated or adulterated.

If you would like to use a commercial CBD product to alleviate anxiety, make sure you consult a doctor first, especially if you’re on other medication to prevent potential drug interactions.

Once you’ve gotten the go-ahead from a medical professional, do plenty of research, and read reviews to ensure you get a high-quality product. 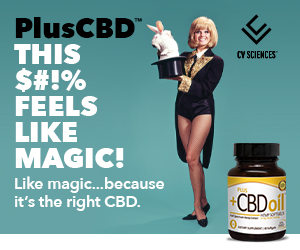 #1 Selling Hemp CBD Oil Brand in the US

Why Should We Care About Mental Health Awareness?

5 Hidden Dangers of Online Dating Apps: Is Tinder Toxic For Your Mental Health? 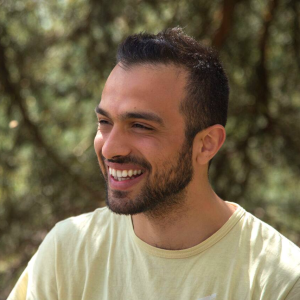 Winston Peki is a cannabis and CBD expert, he's the founder of Herbonaut.com, an informative website where you can find reviews of scientific articles about cannabis and CBD.