While we all have a level of narcissistic tendencies, you’ll be happy to know only 0.5% to 1% of the population (3/4 of which are male) have NPD or Narcissistic Personality Disorder.

Some tendencies like ambition or personal pride are healthy and should be encouraged within reason. Other times, it gets way out of control and can be categorically narcissistic. Narcissism is particularly difficult to deal with, especially when dealing with narcissistic rage.

What Is Narcissistic Rage?

Narcissistic rage is very different compared to the rage that a normal person feels. They really can’t be categorized the same way except that both impair judgment.

In the case of narcissistic rage, it’s a reaction to a perceived threat to their personal image of their self-worth. It can manifest as either an extreme outburst or complete silence and is linked with NPD or Narcissistic Personality Disorder.

Narcissistic rage is based on vengeance with a goal of building themselves back up on a false sense of self-worth. It’s a self-protection mechanism that can even go as far as murder if it will undo the “wrong” they believe has happened.

To that end, dealing with a narcissist at the NPD (Narcissistic Personality Disorder) level is especially dangerous. It’s important to know the common triggers, such as rejection, neglect, and criticism. This is because these triggers come across as revealing the “true-self” of the narcissist.

Because narcissists are often fragile under the surface, they need constructs of perfectionism to support their view of themselves and the world. Rejection in relationships and in business places can be one of the worst devastating blows since we so highly prize acceptance in our society.

What a narcissist craves is attention, undue praise, and more than only acceptance they want to be raised above all others.

When you outright reject, criticize, or don’t show the praise they think they deserve (neglect in their minds), you are stepping on a landmine.

What happens next is a smear campaign, passive-aggressive behavior, suppressed emotions, the silent treatment, and sometimes physical threats and violence. Their aggression has infinite memory.

That is to say, they won’t forget “what you did to them” and they’ll bide their time for vengeance. Not only will they snub you but they’re talking behind your back, throwing shade when you’re present, and gaslighting you the whole way.

In the next section, we’ll outline how to deal with it in practical ways in common situations. As we’ve heard it said: knowing is half the battle. Now that you know the triggers, you can learn how to avoid and handle them.

Narcissists want attention and they want fuel for their fire. A narcissist tries to bait you into an argument by making a strawman argument to deflect and becomes a victim by telling others how “crazy” you’re acting.

Don’t be baited into an argument, especially in front of others. They are looking for an argument to play the victim and get sympathy in the eyes of other people.

It isn’t always possible to physically distance yourself in a work situation. However, it can be the best method of preventing baiting. In our personal lives, it can be painful to end a relationship but it can be done.

Otherwise, take a breath and put on a silent smile.

RELATED:  The Brain-Gut Connection: How Our "Guts" Affect Mood and Mental Health

They are also skillful at baiting people into reciprocating communication but don’t fall for it. They’ll even get other people to try to convince you to restart communication.

Don’t let them unload their responsibility onto you. If something goes wrong in a narcissist’s life-plan and they make a mistake or are caught breaking the rules they’ll try to shift that blame to others.

Because they’re pseudo-perfectionists they fear their “true-self” will be unmasked and they’ll be outed as an average person. To combat this, they try to deflect to the easiest target possible—usually in a controlled panic, because they can’t be seen as panicking.

3. Fight Back With Kindness

If you can show compassion to a narcissist in a moment where they expect you to react in anger you get the upper hand. You take away the moment they planned to use to become the victim in the eyes of others.

In addition, when you do this you open up the possibility of understanding why they are doing what they do. Often, their upbringing was from a place of heavy ridicule and reproof, which tore at their self-esteem in a deep way. Outside of that private pain, they adapted by creating a facade of perfection which you so audaciously are trying to tear away.

Of course, you are not condoning their behavior and thinking. But their weapons don’t cut so deeply into you when you see that it all comes from a place of fear. Honest compassion is a powerful weapon against narcissists.

The problem is that while this is the best course of action, it initially outs them and ups their panic level.

4. Make and Stick to Boundaries

Breaking boundaries play into their need for control in all things, including sexually. Part of this is infringing on the boundaries of others and crossing over it intentionally to take control.

This comes as a culmination of being unaccountable, trying to be the center of attention, breaking rules because they don’t apply to them, and being unreasonable in getting their way. Breaking boundaries because they are above everyone and everything else is what narcissists do best.

Preventing them from doing that by calling them out publicly will incur their narcissist rage, but will ensure they are contained.

Making professional and personal boundaries clear and open is one of the biggest moves, but you have to stick to it. You can’t let them get away with it.  Make sure to enforce boundaries calmly.

Note: If you need support dealing with narcissistic rage, consider online therapy with TalkSpace. Get your discount here.

5. Give Equal Weight to Your Own Feelings

That means you need to care about yourself as much as the tendency is not to trample on someone else’s rights or feelings. A narcissist, especially a grandiose version, is a master manipulator like a psychopath. If you don’t validate your own emotional needs and health, you’ll never find stability in your life.

That being said and taking to heart our advice to not be baited into arguments, don’t defend yourself by having a verbal argument.

Logic will not win out, and you will only make them look like a victim, vindicating them. Instead, protect yourself by enacting self-care initiatives. Learning how to keep your cool and speak softly is very hard, but you can do it.

6. Defend Yourself: Prevent Bullying Without Fighting

Logic won’t help you here, neither will planning out how to explain the pain you feel by their actions. Neither do they care, it will spur them on to continue their campaign of horror.

RELATED:  7 Myths About Teen Depression (And The Truth Parents Need to Know)

It isn’t a matter of being more intelligent or knowing more about things. In their worldview and viewpoint, they are the king or queen, the expert, and god. If you need anything more evidential, look no further than the first 2020 presidential debate.

By fighting with a narcissist you are capitulating to their rules, and they are therefore the winner. Instead, don’t let them have their way. This involves being a little like them and pulling the rug out from under them.

First, walk away from the argument. If you can’t, be calm. If you’re in an entrenched war, make sure to make it your priority that they will not waste your energy and resources—instead they simply waste theirs.

Identify the narcissistic traits and attacks through their narcissistic rage. Identify who you are, as well, because one of their main tactics is gaslighting. If you’re in a relationship with a narcissist, there is no partnership, only #1 and #2.

If you deny them superiority, you are the winner. You don’t have to win, you just don’t play the game.

7. Make Sure to Document Everything

The narcissist, especially when acting on their narcissistic rage, has an incredible memory for actions they perceive as slights and moves to subvert them. From the smallest look, twitch, or hesitation you don’t remember doing a moment ago, they have extrapolated a whole pathway of conscious thought on your part.

You can’t beat that kind of engagement with their surroundings. It isn’t that they’re geniuses, it’s that they care so much about every little thing you do.

You can only fight fire with fire in this regard, by documenting all interactions. Keep a journal of interactions, keep texts, keep emails, and all data that you possibly can.

Believe it or not, narcissists will go as far as lawsuits to meet their goal of bringing you beneath them. “The one that got away” doesn’t apply with them. They will hyperfocus you down at a moment you least expect in a way you never would have thought.

Narcissism is a broad category of emotions and behaviors on a wide spectrum. While we all carry traits of narcissism, it can get out of hand in a bad way in someone with NPD. Don’t let someone with NPD get away with narcissistic rage by following the tips in this article.

You don’t have to live with it, and you have a right to peace and security in your life.

If you feel these points have helped you, we encourage you to keep reading about narcissism. You may know about a person with narcissism, but continuing to arm yourself with knowledge about narcissism is a step top the path to more healthy interactions with them.

Don’t stop here, I urge you to keep up with your search for stability, safety, and health when dealing with narcissism. 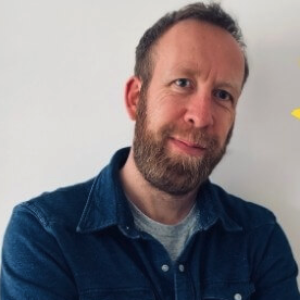 Alexander Burgemeester is the owner and main writer of TheNarcissisticLife.com. His website is full of articles that help you understand who the Narcissist is and why Narcissists are how they are. Alexander studied Neuropsychology at the University of Amsterdam and worked in different settings. He started reading and writing about Narcissism 10 years ago and never stopped doing what he loves, writing.