Even the best parents make mistakes from time to time. It’s a hard job and most parents are just trying to do the next right thing.

But toxic parenting deserves to be called out because of the havoc it wreaks.

There are dozens of toxic parenting behaviors that need to be called out for what they are. This post is about five particularly nasty ones I witnessed during my time as a family therapist.

What Is Toxic Parenting?

The term “toxic parenting” refers to a pattern of abusive, irresponsible, and/or self-centered behaviors that threaten the mental health and general welfare of their children. As with anything, the distinction between poor parenting and toxic parenting is a matter of degree. Some toxic parenting behaviors are far more damaging than others.

While there are dozens of examples to choose from, I am limiting the scope of this post to specific behaviors I observed during my time as a family therapist. These are egregious examples and they deserve to be called out for what they are.

What follows is a fairly common example that I witnessed first-hand. I have changed the names and other details to protect confidentiality. The salient points remain.

A few years ago, I did family therapy with a husband and wife who hated each other. “Frank” and “Janet” had a 9-year-old daughter and a 3-year-old son. They had a bad habit of screaming at one another in front of them. She’d call him a “mother—-ing coward” and he’d call her a “psycho c—.”

At home, there was neither consistency nor structure, two things that are crucial in a home with young children. Their son threw epic tantrums, the frequency and duration of which were alarming even for a toddler. Their daughter was defiant and disrespectful.

I confronted Frank and Janet during one session about their arguments. The kids were sitting on the floor, playing games on their tablets. I was saying to them that children are always listening, even if it doesn’t seem like they are.

“Children learn how to communicate from their parents,” I told them. “What kind of message do you think they receive when all they see is you two fighting?”

Janet was incredulous. “That’s ridiculous!” she blurted out, shooting a coarse look at Frank. “We hardly ever argue in front of them!”

The three-year-old looked up as if on cue. “You do too!” he shouted.

Hope my mom and I hope my dad
Will figure out why they get so mad
Hear them scream, I hear them fight
Say bad words that make me want to cry

The effects of toxic parenting on children are difficult to exaggerate.

In childhood, behavioral and emotional problems are by far the most common result of toxic parenting. These symptoms, according to Family Systems Theory, are a direct reflection of the dysfunctional family unit. Kids who struggle with these issues are often referred to as “symptom bearers.”

In the case of Frank and Janet, the son’s tantrums and the daughter’s defiance mirrored the conflict between their mom and dad.

When it comes to family, everything is connected. If Mom and Dad scream at one another in front of the kids, you can bet that it relates to Billy’s problems at school. If Billy is defiant, you can bet it relates to Mom and Dad’s toxic parenting. And all this stuff is affecting little Susie as well, who is wetting the bed because everyone is fighting and she is scared.

“Childhood trauma does not come in one single package.”

5 Toxic Parenting Behaviors That Should Be Illegal

The problem is the toxic parenting styles, not the kids. The problem is parents who focus only on the child’s misdeeds and not their own shortcomings. They don’t stop to consider they might be the cause of it all.

In every dysfunctional family, you’ll see the same toxic behaviors and traits. Just one of them alone is enough to cause severe problems.

Unfortunately, these behaviors tend to come as a package deal.

People like this are experts in blame-shifting and denial. You will never hear them admit fault.

Good parents always make a point of modeling positive behaviors, even if it means admitting they were wrong. An adult always takes responsibility for their actions.

How can we expect our children to accept consequences if we don’t apply that same standard to ourselves?

This is an issue that is far more impactful than saying you’re sorry. Parents who never accept responsibility are also the ones who undermine disciplinary measures at school.

Their toxic parenting styles make the entire family sick. They make up excuses. They justify bad behaviors. Ever seen a parent arguing with a school principal? My so and so would never do such a thing, they say.

“On top of the abuse and neglect, denial heaps more hurt upon the child by requiring the child to alienate herself from reality and her own experience. In troubled families, abuse and neglect are permitted; it’s the talking about them that is forbidden.”

Here’s a situation that happens more than you might think. A few years ago, Uncle Ted molested Mom and Dad’s oldest daughter. She was 13 at the time. She’s 15 now — grades are slipping, she’s growing more and more defiant, she’s dabbling in drugs and having sex at school.

The thing is, Uncle Ted is still a regular in the home, because Ted is Dad’s brother, and he’s a good man, so the family just pretends it never happened.

The 15-year-old starts acting out because her parents betrayed her and she doesn’t feel safe anymore. And it’s going to get worse, because now Uncle Ted has his eyes on the youngest daughter, and she’s only 6.

And the cycle will repeat because that is what families like this do. Incest tends to get passed down from one generation to another.

Could you imagine letting a sex offender near your child? Probably not. But it happens all the time.

Family members are, without question, the ones who are most likely to perpetrate.

Toxic parents often fail to accept reality. To acknowledge there is a problem — such as a case with Uncle Ted — is to admit there is actually a problem.

Instead, the secret keepers keep quiet and they forbid their children to talk about it, as if silence erases trauma. And when the kids start to act out or engage in self-harm, the parents fail to connect the dots and they chalk it up to a phase, or bad behavior, or the school systems, or their peers.

No insight. No responsibility. No actual parenting.

Secrets can destroy. If you’ve grown up in a family of secret-keepers, you know exactly what I’m talking about.

“The shared secret and the shared denial are the most horrible aspects of incest.”

3. Toxic parents argue. All the time. About everything.

If you grow up in a family full of arguers, you think it’s normal.

Plenty of parents argue, which is not inherently problematic. The problem comes when the parents do not have the presence of mind to argue away from their children.

RELATED:  What To Do If Your Teen is Using Drugs: 7 Tips For Parents

In toxic families, this is always a major issue. If you are 8-years-old, and your parents are always screaming at one another, how are you supposed to learn healthy communication?

Have adult conversations in private. Arguing in front of children is both mentally and verbally abusive and sends a terrible signal about how they should handle conflict.

“If mental abuse was a punishable crime, a lot of parents would be in jail serving a long term.”

In dysfunctional families, roles get blurred.

In toxic families, parents tend to expose their children to things that are not appropriate for their age. I worked with a 9-year-old once who was in charge of paying bills and a 45-year-old mother who had to get permission from her 11-year-old son before going on dates.

Frequently, children of divorced parents find themselves relaying messages or brokering deals. These are all examples of things that children have no business doing.

However, when parents require children to perform adult duties, they inevitably fall victim to anxiety and distress because they lack the skills, wisdom, and emotional stability to deal with the stress.

Adults who get overwhelmed with stress tend to have relatively sophisticated coping skills. They may vent to a colleague or call a friend or go to the gym. Kids, having no idea how to manage stress, tend to act out.

Invariably, children with behavioral disorders such as Conduct Disorder are responding to the stresses of age-inappropriate roles and responsibilities.

But having an adolescent approve who you date or be responsible for paying bills? No, no, no. That’s a great example of toxic parenting.

Perhaps nothing so accurately characterizes dysfunctional families as denial.” 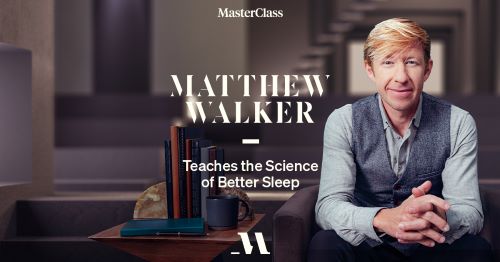 The most common one I see is emotional abuse. Experience has taught me that DSS will intervene if you hit your kids, but parents can be emotionally abusive with impunity.

Maybe it’s because physical and sexual abuse are crimes and emotional abuse is not. It may be because emotional abuse is difficult to prove. It may also be that, just like everyone else in the mental health field, DSS is overworked, underpaid, and outnumbered.

Emotional abuse is toxic and dangerous, but it often does not look like typical abuse. Here are some examples.

RELATED:  5 Amazing Mental Health Benefits of Owning A Dog, According To Science

“Childhood should be carefree, playing in the sun; not living a nightmare in the darkness of the soul.”

Children can suffer from all sorts of different mental health issues, from mild depression and anxiety all the way up to acute psychosis.

Adults, of course, can suffer from these problems as well. The difference is that a child’s mental health problems are almost always a reflection of the dysfunction in which they live. They don’t have a say in the matter.

To treat a child, you must first treat the dysfunctional family system. Until that happens, nothing will change.

If you were the victim of toxic parenting, I recommend you see a mental health professional to work through any lingering issues you may still have. Depression, for example, is a common by-product of toxic parenting. If you’re not sure if depression affects you, BetterHelp has a free depression quiz you can take. Give it a try.

A version of this article originally appeared in “The Mission” on Medium.com.

5 Ways You Can Help The LGBTQ+ Community Fight Stigma

Randy Withers, LCMHC is a Board-Certified and Licensed Clinical Mental Health Counselor at a private practice in North Carolina where he specializes in co-occurring disorders. He has masters degrees in Clinical Mental Health Counseling from Lenoir-Rhyne University and Education from Florida State University, and is the managing editor of Blunt Therapy. He writes about mental health, therapy, and addictions. In his spare time, you can find him watching reruns of Star Trek: TNG with his dog. Connect with him on LinkedIn. You can also see what he writes about on Medium.