If you’ve ever felt stress that turns your stomach or had a “gut feeling” about something, you already have some understanding of the brain-gut connection.

A growing body of research shows our “guts” — that is, the stomach, esophagus, small intestine, and colon — have profound effects on mood and cognition.

Here’s a more in-depth look at this surprising relationship.

Why Our Guts are Called “The Second Brain”

We know that the digestive tract turns food into fuel, but there’s a lot more going on in our guts. For example, the stomach maintains almost 70% of your immune system.

Dr. Michael Gershon has made significant discoveries about the brain-gut connection that shook the scientific community. His 30 years of research have proven that nerve cells in our gut act the same way as our brain.

This is why our guts are often referred to as “the second brain.

When your knee gets scraped, pain signals are sent to your brain via the central nervous system. These messages need to reach your brain before you can identify the event as painful. We do not experience pain or discomfort until our brain tells us to.

The scraped knee is not the part of the body that causes us to cringe, cry, or shudder. This is a mental response. Our negative experience occurs when pain signals reach the brain – not when the knee gets scraped.

Pain medications, then, do not counter the damage done to physical tissue; they simply block specific messages from reaching the brain.

1. The Brain Determines Our Emotional Response

Since the brain governs our response to stimuli, emotional reactions to physical situations occur mentally. This is why some people can experience excitement or enjoyment while others experience fear or dread during the same experience.

Your brain decides how you feel – not your body.

2. The Gut Helps Determine How You React To Your Surroundings

The presence of brain-like nerve cells indicates our guts can regulate body functions just like the brain does. Hence, the brain-gut connection to biological processes like breathing, regulating blood pressure, and hormonal control.

Testosterone, for example, is only produced when the brain signals the need for more of it. No internal functions take place without the brain… or so we thought.

It turns out that the gut has as much impact on how we react to our environment like the brain. This is because the same neurons that govern how you perceive and respond to a situation are also found in your digestive tract.

The fascinating part of this discovery is that emotions like fear, depression, or anxiety can originate from the gut as well. An excellent example of this is when you get butterflies in your stomach when you feel anxious. It turns out that this is not a mental response but one that the gut generates on its own.

3. Your Gut Will Tell You How To Feel

A big part of the brain-gut connection is that our guts influence feelings.

Just as our brains tell us how to feel about a particular situation (excitement or fear, pain, or pleasure), the condition of our gut will do the same.

RELATED:  As The COVID-19 Pandemic Rages On, Don't Forget About The Mentally Ill

4. The Gut Sends Out Its Own Messages

The brain is not merely getting signals from the gut, like with every other part of the body. The gut is generating entirely new reactions of its own.

You can try to overcome negative thought patterns by challenging your thoughts, but what if your gut isn’t producing the feel-good hormones like serotonin and dopamine that your brain needs to function correctly?

5. The Brain-Gut Connection Influences Our Behavior

In what ways do the gut influence the brain? And what can you do to strengthen the brain-gut connection? Let’s find out.

Gut bacteria are responsible for more than breaking food into energy and raw materials.

While it would be tough to study the effects of a bacteria-free gut in humans, studies done in mice have produced some persuasive results about the brain-gut connection.

One group of mice was bred to have no gut bacteria and placed in a microbe-free bubble to avoid bacteria exposure. Another group of normal mice was used as a control group to study the differences between the two. Various tests were performed on these mice to evaluate their mental function.

One group of mice was bred without gut bacteria and placed in a microbe-free bubble to avoid bacteria exposure. Another group of normal mice was used as a control group. Scientists performed tests on these mice to evaluate the effects on their mental function.

Here are three critical points from the study:

When placed in an open field, mice without gut bacteria ran for longer distances and were less concerned about taking cover. In the wild, this would inevitably increase their chances of predators eating them.

Is this nature’s way of making sure that only animals with healthy gut bacteria survive? Perhaps mice with reduced mental cognition make riskier decisions?

After all, the mice didn’t have enough brainpower to evaluate the reward (greater distance traveled) with the risk of capture. Their brains fixated on one factor and ignored other environmental factors.

In humans, risk-takers are more prone to addictive behaviors and are more likely to make consequential adverse decisions. Risk takers are less likely to evaluate the consequences of a decision before taking action.

Another stunning example of the brain-gut connection points to how we learn. Bacteria-free mice, along with those with normal levels of bacteria, were shown two different items at the same time: a normal ring and a checkered ring. The mice had 5 minutes to explore the new items.

Both items were removed for 20 minutes. After the 20-minute period, a new item (a cookie-cutter) was placed in the box along with a familiar item: the checkered ring.

The normal mice spent more time exploring the new item while showing less interest in the previously-seen checkered ring. The bacteria-free mice, however, spent the same amount of time researching both items. They had already forgotten about the checkered rings after only 20 minutes.

RELATED:  How to Develop Coping Skills For Anxiety: A Beginner's Guide

This suggests the inability to learn from past experiences and change our actions accordingly could be linked to the gut’s mental plasticity effect.

The bacteria-free mice had significantly lower levels of BDNF. BDNF is a protein responsible for forming new brain cells and neural connections that facilitate learning, skill development, and memory.

How to Strengthen the Brain-Gut Connection

Do all humans have the same gut bacteria?

After the fecal microbiota transplant (commonly referred to as an FMT), the woman’s infection disappeared.

Brain-Regulating Hormones Are Produced In The Gut

Gut bacteria produce neurotransmitters like serotonin, GABA, norepinephrine, and dopamine. 90% of serotonin, for example, is made in the gut. How much of each hormone is made is heavily dependent on the type (and amount) of gut bacteria we have. Some points worth considering:

Almost everything we do affects our gut. This is what you should do to ensure that your gut-brain connection is strong.

Preservatives are designed to extend the shelf life of food by inhibiting microbial growth. They also inhibit the growth of healthy bacteria in the gut. We’ve known about the adverse effects of processed foods for a long time, but it’s far worse when you consider the impact it has on healthy gut bacteria.

Want to learn more about a healthier alternative called The Keto Diet? Read this article.

Drugs can have adverse effects on the growth of beneficial gut bacteria. Bacteria thrive off wholesome foods like fruit, meat, and vegetables. Chemical compounds in medications offer no nutritional value and can even hurt healthy gut bacteria.

Tobacco and alcohol are known carcinogens, but imagine the toll they take on the bacteria in your gut. Alcohol has long been used as a disinfectant, and nicotine is a plant’s natural defense against bugs and pests. Both of these things can wipe out a substantial portion of the gut bacteria that we need. Over time, this may lead to an imbalance of certain species of bacteria within the gut.

Fiber might just be one big key when it comes to the brain-gut connection. This is the part of plant foods that we can’t digest.

But the fact that we can’t digest it does not mean that gut bacteria can’t. Foods that lack natural fiber (like processed foods and refined carbohydrates) get emptied into the bloodstream from the gut. This reduces the amount of time that healthy bacteria have to feed on good food sources.

The longer it takes for food to spoil, the less beneficial it is to the gut. Be sure to eat at least five different raw fruits and vegetables every day.

2. Eat A Variety Of Foods

Different gut bacteria thrive off of different kinds of foods. Ensuring that your diet has a variety of foods ensures there is enough diversity within your gut to support a healthy microbiome.

It’s easy to starve off a specific population of gut bacteria by avoiding an entire food group. Overeating a particular food also increases the risk of developing an imbalance of gut bacteria.

Exercise increases blood flow. This allows nutrients to be delivered to the gut. It also allows for nutrients to be extracted from the gut. What good are these beneficial chemicals if they aren’t efficiently cycled through the body?

Additionally, exercise stimulates bowel movements by moving the position of the gut. Walking and squats, for example, are great exercises for those who suffer from constipation. Much like a river, our guts need an excellent in-flow of nutrients and out-flow of old matter to work best.

Water reigns supreme over every other beverage when it comes to supporting healthy gut bacteria. Bacteria need water to grow. This is why dehydrated foods take longer to spoil compared to those with higher water content.

Research about the brain-gut connection is clear. If you want to remain physically healthy and mentally fit, you can’t neglect your gut.

Remember to always consult your medical practitioner before making any significant lifestyle changes.

Do you have anything to add to the conversation? Leave a comment below.

Why Having A Hobby Is Good For Your Mental Health 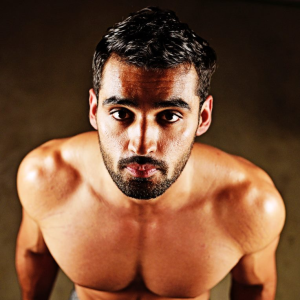 Saguren Redyrs is a personal trainer from South Africa who focuses on how small everyday changes impact overall quality of life. You can read more of his work on his site, SA Spotters

What’s Wrong With Using Should Statements? And How to Reframe and Overcome Them

5 Proven Ways to Build Resilience and Emotional Intelligence in Students

3 Proactive Ways To Protect the Mental Health of Lone Workers